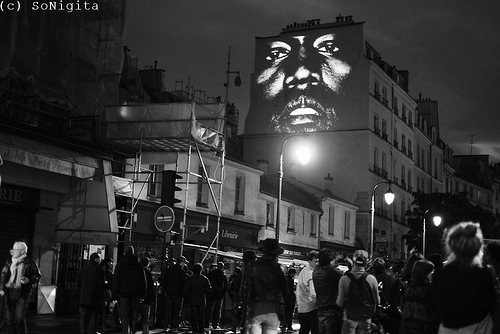 Starting Friday May 17, Kanye West premiered his new song « New Slaves », from his upcoming sixth (solo) studio album « Yeezus », with video projections on 66 buildings around the world. Venues included grand locales such as museums and luxury boutiques. I opted to check out the action at the Café Charlot in the 3rd arrondissement of Paris. With scaffolding on one side and no real projection space on … END_OF_DOCUMENT_TOKEN_TO_BE_REPLACED