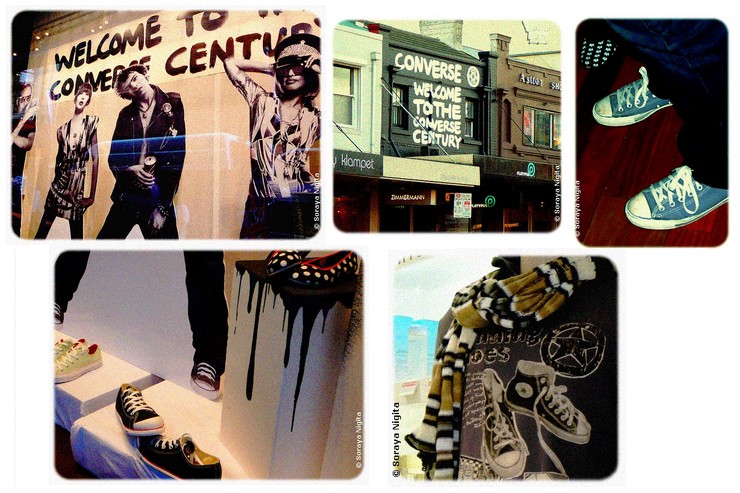 Marquis M.Converse came up with the idea of rubberised footwear in response to harsh winters and to counter slips and spills. From the start, in 1908, it was intended as unisex and trans-generational gear.

When talking about Converse shoes, most people are referring to the All Star. The canvas and rubber shoe was created in 1917 to try and capture the basketball market. It seems to have succeeded to that effect by becoming the first shoe to be endorsed by an athlete, basketball player Chuck Taylor. The brand then went on to sponsor the first Afro-American basketball team.

I doubt, however, that the thousands of Sydneysiders spotted sporting the shoe are diehard NBA fans, despite cable television’s success. So why are people still wearing them today?

My question was met with rolling eyes and a polite smile as if the answer were ludicrously obvious. “They’re a comfy teenage shoe”, said a young shoe saleswoman, whose store doesn’t actually carry the brand.

Is that all there is to it? The brand is celebrating its one-hundredth anniversary this year. Platypus shoes in Paddington and Hype on Pitt Street are taking part in the commercial celebration with life-size cut-outs of sports, fashion and pop-culture icons gracing their window displays…