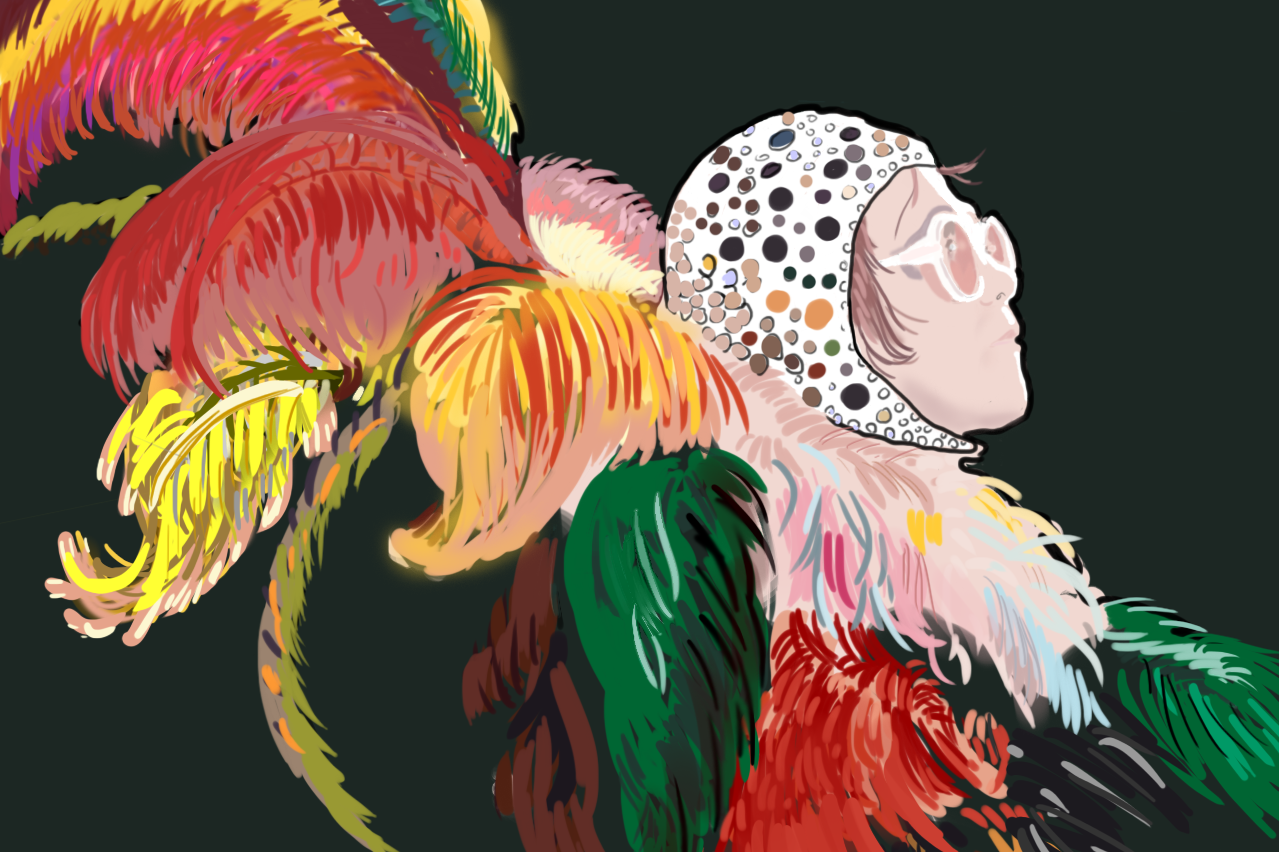 When the »The Lion King » came out, I sat in my room singing along to the cassette for hours. To this day, have not seen the movie, too worried I might be scarred for life, but I do know the lyrics off by heart.

Family members gave me the « Very Best of Elton John » compilation – still in cassette form – when I was 11. I listened to it over and over again – and back then, you had to flip them over, take them out, rewind if your favourite track was on the other side. His warm voice told stories, characters came alive against a backdrop of lush compositions. I’ve since discovered I bought the CD compilation twice…

When I’m feeling blue, I close me eyes and listen « Madman Across the Water »…feel slightly puzzled and drift off to the sound of his fingers tickling the piano keys.

Before the Internet, I never even really knew what he looked like apart from his album covers. It did not matter. But when the web became our squatting ground, there he appeared, in all his bespectacled, bedazzled, extravagant glory.

I’m no superfan, I don’t know all of his songs, and I don’t really care if I never do. I respect his dedication, his work and all the pleasure it brings to us listeners.